Life and Legacy of Rabbi Eckstein 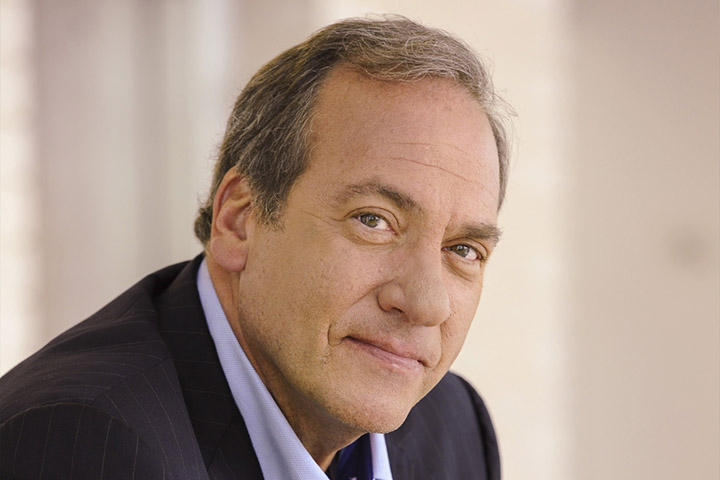 After rabbinical school, Rabbi Eckstein worked for the Anti-Defamation League (ADL) in New York promoting interfaith activism. The ADL sent him to Chicago in the 1970s, at the time that the American Nazi Party was planning to march through Skokie, a suburb with a large Jewish community, many of them Holocaust survivors.

Here, Rabbi Eckstein saw great solidarity between Christians and Jews. He found strong allies for the Jewish people in the Christian community and committed himself to teaching Christians about Judaism, organizing dialogue between the two faiths, and stretching a hand of friendship across a divide that had existed for millennia.

He eventually settled in Chicago, and raised three daughters — Talia, Tamar, and Yael, who took up his mantle as The Fellowship’s leader after her father’s untimely passing — and throughout his life cherished and took great joy in his children and the eight grandchildren they would provide him.

Through the work of The Fellowship, the interfaith connections Rabbi Eckstein first encountered in Chicago began to grow and flourish. He became one of the leading international Bible teachers, helping Christians deepen their bonds with Israel and their biblical Jewish roots. He reached millions of people through radio programs that aired on thousands of radio outlets around the world.

As one of America’s preeminent rabbis, Eckstein spoke at the National Day of Prayer, opened sessions of the U.S. Senate with prayer, and conducted the first Passover seder for U.S. senators. He was also a leading religious figure worldwide. He traveled to China to work for the freedom of imprisoned Christian pastors and to champion the cause of religious liberty. He brought the first Torah scroll to Uzbekistan since the Communist regime banned religious practice there in 1917. He served as an adviser to Israeli Prime Minister Ariel Sharon, and, in 2005, was appointed official Goodwill Ambassador of the state of Israel. His philanthropic work outside of The Fellowship also included serving on the executive board of the American Jewish Join Distribution Committee (JDC) and his own charitable giving to, among other organizations, the Friends of the Israel Defense Forces (FIDF).

His work and words appeared in print as well, in such publications as The New York Times, The Wall Street Journal, Time, U.S. News and World Report, The Jerusalem Post, People magazine, and others. He authored highly acclaimed books and was also a renowned Israeli Hasidic singer who released several CDs. Yechiel shared his musical talents in the Holy Land when he was there as a young man. During the 1973 Yom Kippur War, he performed for IDF troops on the front lines and in hospitals.

And it was this love for Israel, the biblical and historic homeland of his people, that led Rabbi Eckstein to make aliyah (immigrate to Israel) in 2000. This not only allowed him to direct The Fellowship’s philanthropic programs on the ground, but fulfilled his dream of calling the Holy Land home. And it was in his beloved Holy Land where he passed away, at his modest home in Jerusalem, on February 6, 2019.

But Rabbi Eckstein is not forgotten. He is survived by his wife Joelle, his three daughters, and his eight grandchildren, and is remembered by the millions of people around the world whose lives he helped change for the better.